What’s your idea of paradise? Known for its exotic beaches, over-water villas and salubrious spas, the Maldives has long enjoyed a reputation as one of the world’s most luxurious (and expensive) tourist destinations. While many of the archipelago’s inhabited atolls were once inaccessible to tourists, recent years have seen a boom of new hotel openings, including the J.W. Marriott Maldives Resort & Spa, which has a treetop restaurant, and the Conrad Maldives Rangali Island, the world’s first underwater hotel residence, whose two-story villa is submerged more than 16 feet below sea level.

It should come as no surprise Japan is a trendy destination in 2019. Last year, Travel + Leisure named Japan its destination of the year and, this year, Conde Nast Traveler’s annual Reader’s Choice Survey proclaimed Tokyo to be the world’s best big city of 2019. In that survey, readers professed their love for Tokyo’s unique combination of big-city life and natural landscapes, as well as its food scene. Look for interest in Japan to intensify as the 2020 Summer Olympics approach.

Are the Maldives just too far away? Google Trends reveals that there was also a big uptick in interest for the heavenly French Polynesian island of Bora Bora, which promises a similarly tropical vibe. Well-established as a honeymooner’s paradise, Bora Bora has been gaining popularity with a wider spectrum of travelers, thanks in no small part to its ubiquitous over-water bungalows, turquoise waters and drop-dead-gorgeous island setting. Many international luxury hotel groups now have outposts here, from Four Seasons and St. Regis to InterContinental and Le Méridien.

Sliding in at no. 4 is Las Vegas, a perennially popular getaway that managed to see a bump in interest from travelers in 2019. From Cirque du Soleil’s eye-popping tribute to The Beatles to musical headliners like Lady Gaga and ZZ Top, there was never a dull moment in Sin City in 2019.

Tourism to Mexico managed to rise in 2019, against all odds. Budget cuts forced the Mexico Tourism Board to close in May of this year and the U.S. State Department currently has a level 2 (out of 4) travel advisory warning for Mexico, which means “exercise increased caution.” (Note that some parts of Mexico are on the level-4 no-go list, including Michoacán, Tamaulipas, Guerrero and Sinaloa.) Still, many travel experts argue that it’s unfair to tar the entire country because of a few crime-ridden hot spots, and insist that travel is safe in Mexico’s most popular tourist destinations, including Cancun and the Riviera Maya, Puerto Vallarta, Mexico City and Cabo San Lucas.

Alaska tourism continued its rise this year, mainly due to increased cruise ship capacity. Last year, Windstar Cruises returned to the Last Frontier for the first time in 27 years, and sold out its summer itineraries. This year, Princess Cruises, Norwegian Cruise Line and Lindblad Expeditions all introduced new Alaska offerings. Another reason for increased interest is that the Alaska season now extends beyond summer; winter visitors now account for 14 percent of the state’s overall tourism.

These days, much about New Orleans really does feel new. The Crescent City has experienced a mini renaissance in the past few years, thanks to fresh infrastructure (hello, sparkling new terminal at Louis Armstrong New Orleans International Airport), a revitalized riverfront, and a bevy of fantastic new places to eat and drink (Jewel of the South, Junior’s on Harrison, Belle Epoque Absinthe Lounge) and stay (The Eliza Jane, Hotel Peter & Paul, Maison de la Luz). Many new museums opened in 2019, but if you only have time to check out one, make it the Sazerac House, an interactive cocktail museum and distillery.

Fires and droughts may grab the headlines, but the Golden State’s $140-billion tourism industry is proof that California continues to be a hot spot for vacationers of all types. One reason is its sheer size and diversity. Would you rather visit the beach or the mountains? Prefer national parks or theme parks? Love city life or the scenic outdoors? No state delivers such a wide variety of landscapes and experiences within its borders.

In 2019, visitors were wowed with a raft of new reasons to love the Big Apple, from the much-ballyhooed Vessel in Hudson Yards and the new Statue of Liberty Museum to the Museum of Modern Art’s $450-million expansion. Hungry? Behold the latest batch of must-try dining experiences: Portale (an Italian restaurant from legendary James Beard Award-winning chef and cookbook author Alfred Portale), The Market Line (a mammoth three-city-block Lower East Side food hall) and Kochi (a Korean skewered-dish tasting restaurant in Hell’s Kitchen). 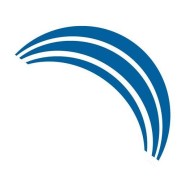 7 Romantic Things To Do On Honeymoon In Bangkok 2020

11 Tips For A Wonderful Maldives Holiday Experience In 2020